The Barcelona Jewish Film Festival, was born in 1999 with the intention to raise awarness about the cinena and culture of Jewish themes in Barcelona.
The Jews arrived at Barcino shortly after the founding of the Roman colony. Towards the end of the SXI, the Call district was already delimited and its population was grouped. The Jewish community of Barcelona was the most important and numerous in Catalonia and the Catalano – Aragonese Crown. In the year 1391 there was an anti-Jewish revolt and the Jews of Barcelona were massively killed or forced to convert to Christianity. In 1478, when the new Inquisition was introduced, many decided to leave. This has marked a period of more than four centuries of Jewish absence in the city.

The Barcelona Jewish Film Festival, is already well established as an integrated and continuous cultural offer of Barcelona, and is the only one existing in the Iberian Peninsula. We believe that offering a broad view of Jewish culture and thought is the best way to dismantle stereotypes and prejudices. The countless migrations that have forged the Jewish diaspora for centuries, have facilitated the fusion with the traditions and cultures of various parts of the world. We reveal this diversity of thought, as well as its relationship with other cultures, and we do it with an open attitude, giving rice to all its manifestations, through cinematographic works of proven quality, coming mostly from the independent industry and from cinematographies that usually doesn’t reach the screens of our country.

2. Create a place for encounters and tolerant dialogue.

4. Promote productions about jewish subject made in the state. 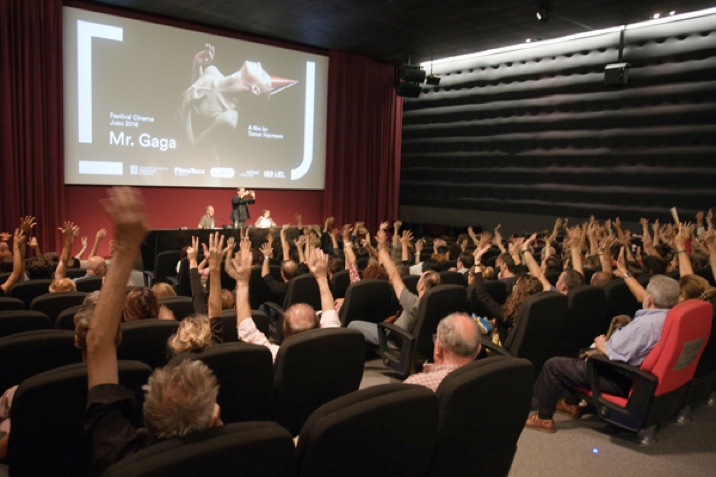