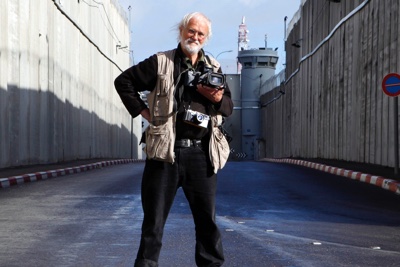 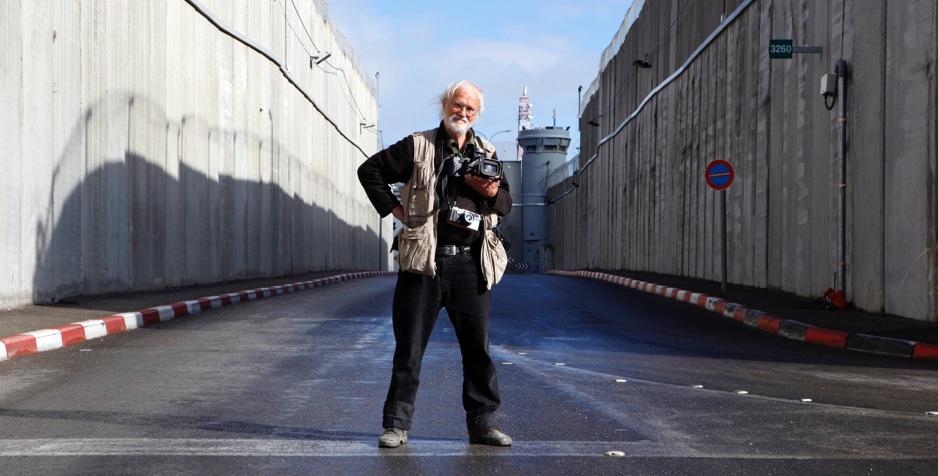 The film follows Koudelka in his journey photographing Israel and Palestine from one enigmatic and visually spectacular location to the next. In each location – soon to become a new “Koudelka Photo” – a scene unfolds, gradually introducing us to Koudelka’s method of working, his perception of the world he is documenting and the people he encounters.

A fascinating dialogue emerges between the moving images Baram films and Koudelka’s still photographs, as Baram places the photographer in his own breathtaking compositions. Austere images of landscape divided by concrete walls and barbed wire reveal the tragic absurdity of the infamous conflict.

Baram’s long-term documentation of the photographer on-field together with the exclusive use of Koudelka’s photographic archive result in a unique record that offers a rich and intimate look into the solitary creative process of one of photography’s greatest living masters.

Presentation by Gilad Baram and Manel Úbeda, Photographer and professor