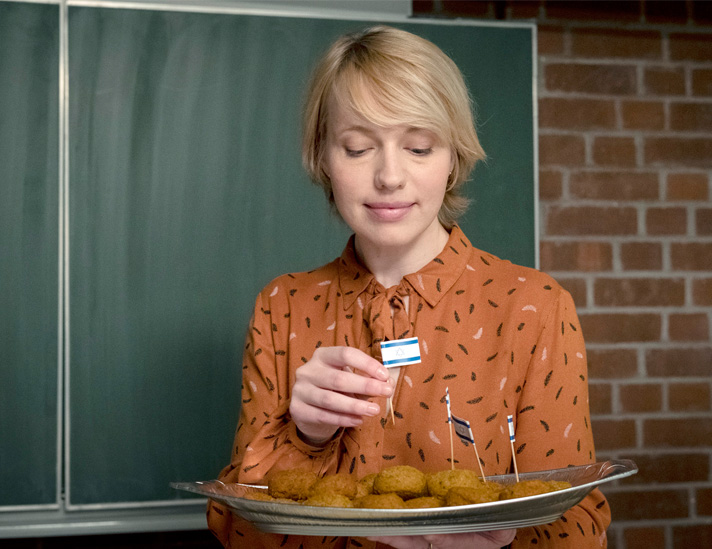 It’s Hanukkah, for Max the festival of giving – and also the Jewish festival of miracles, which is something he could really do with right now. The morose atmosphere at the Berlin high school he attends is also down to him. After a lot of hostility, Max finally explodes when the conflict between him and his fellow pupil Karim spirals out of control, which is why the parents of the two assailants are summoned to a school meeting. At complete odds with each other over the delicate situation, an overwhelmed teacher, a school principal concerned only with his reputation, a strict representative of the school’s advisory board and the school caretaker, Eichmann, all sit down to a long evening of hateful prejudices, familiar clichés and a series of less than kosha solutions. Director Leo Khasin takes on anti-Semitism in German schools, and leads cult actress Iris Berben through an unorthodox, pithy comedy that emphasises what unifies and gives space to reason, not least through contagious laughter.

In collaboration with the Goethe Institut.
Presentation by director Leo Khasin.
On Wednesday 6.